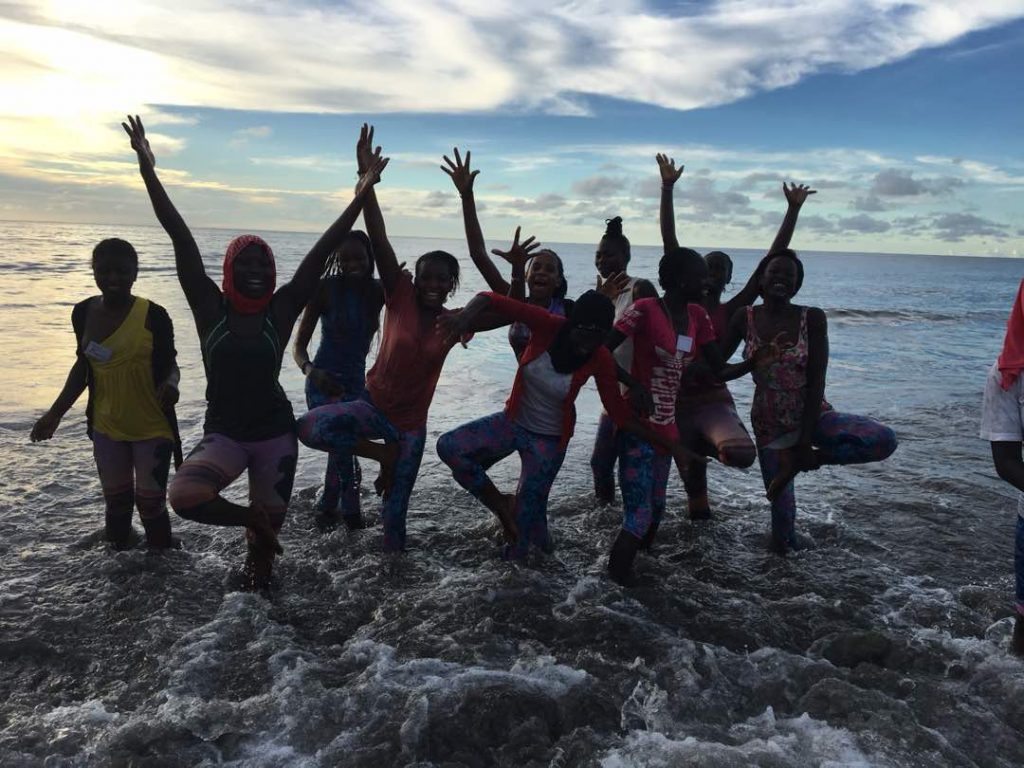 Highlighting the Dedicated Women of InnerConnected

We dedicate March to reflect on the often overlooked contributions of Women throughout history. This year’s theme is, “Choose to Challenge”, a call to action to challenge and call out gender bias and inequity. By standing together to create a more just world, we honor the legacy and hard earned achievements of women who have paved the way to a more equal world.

At InnerConnected, women are the backbone of our organization. While we are lucky to be supported and surrounded by countless strong and inspiring women, we wish to recognize Latoya Malcolm, our phenomenal IC Board Member who also ran our program during her Peace Corps service in South Africa.

Latoya first became involved in 2016, after recognizing the need for healing and mindfulness for youth at the children’s home she volunteered for in South Africa. She had not personally practiced much yoga prior, but felt inspired by the idea of creating a safe space for children to learn the skills necessary to feel calm and connect with their bodies. At first, her groups were small, but over time they grew in size, and her kids were eager to attend each session.

One of Latoya’s most cherished memories facilitating the program was that after returning from a prolonged trip away, her students were upset with her because they had missed their sessions so much. They explained to her that they needed the sessions to feel calm and check-in with each other. They had built a community through the program that they felt they needed. It was in that moment that Latoya realized how much her participants had benefited from the program, and how the program taught them the valuable skill to use their voice to advocate to continue sessions.

She explains that we often tell kids to use their voice, but rarely give them the tools necessary to express themselves properly. She believes InnerConnected enables youth with the skills necessary to reflect and communicate in order to be catalysts for change.

As a staunch supporter in the mission to bring accessible wellness tools to youth, Latoya continues her work by serving as a Board Member for InnerConnected. Outside of InnerConnected, Latoya is a dedicated educator working with youth in Hartford, Connecticut to obtain access to scholarships and college preparation.

Latoya’s biggest women role models in her life are her mother, grandmother, and aunties. She is further inspired by all black women, who continue to fight everyday to break barriers for the betterment of their descendants, and the world as a whole.

As March winds down, we commit to carry forward the call to action beyond just this month. Inspired by leaders like Latoya, we’ll “Choose to Challenge” to create a more inclusive world through listening, calling out inequity and forging meaningful collaborations. How might you “Choose to Challenge”?

Thank you Latoya for your unwavering support, time, and energy. Your continued contributions are invaluable to InnerConnected!

Farewell - the time has come to say goodbye! Thes

Thanks to @givebackyoga and @lululemon's "Here to

They showed up to our second class with their own

As you head into your weekend, here's your invitat

As youth try new things, they practice a growth mi

Today, we celebrate Juneteenth - a day of celebrat

Curious what we've been up to? We've been busy bui

Celebrate World Breathing Day with us tonight at 8